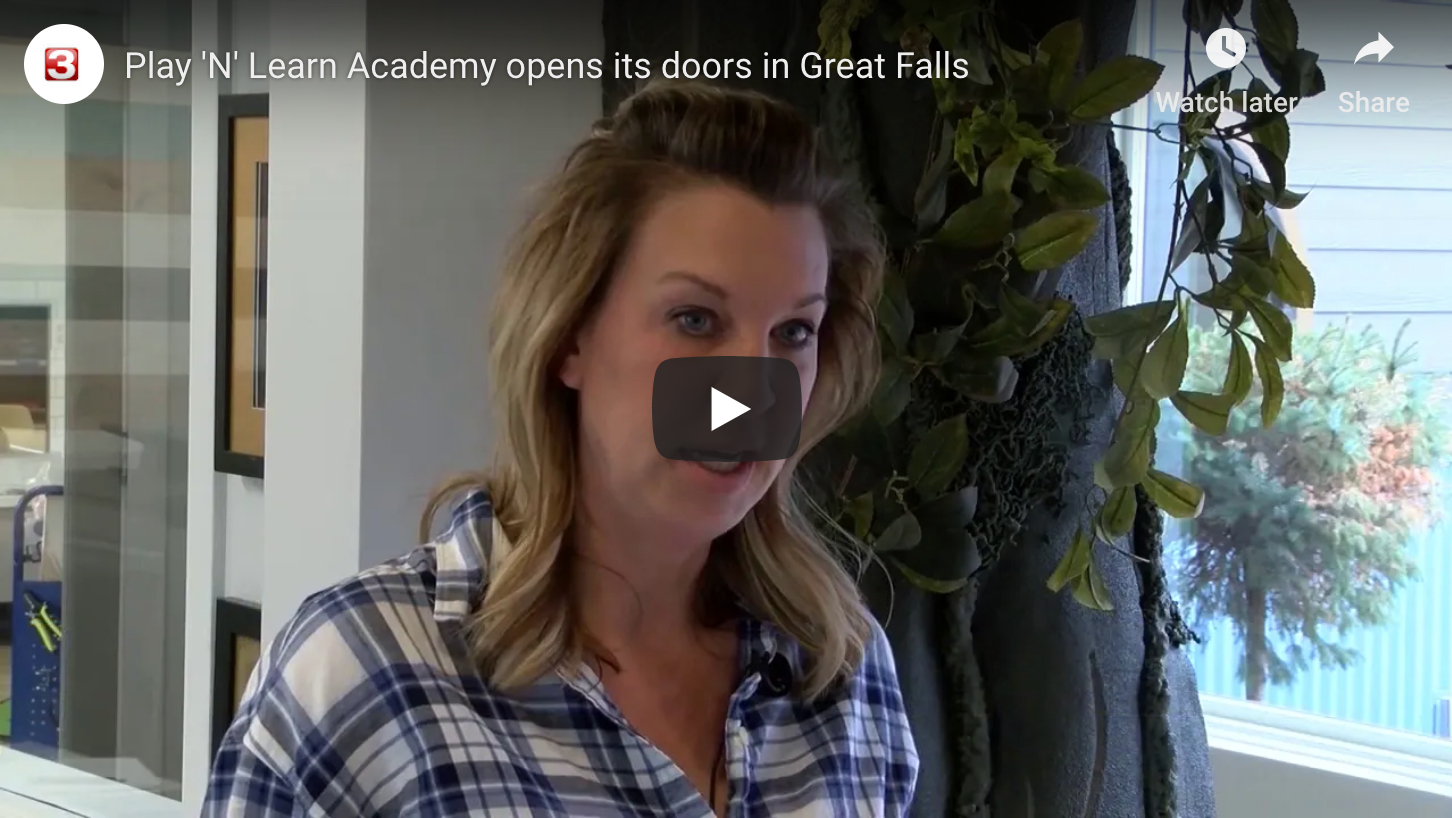 GREAT FALLS– A new childcare facility recently opened its doors on the east side of Great Falls.

Play ‘N’ Learn Academy Director Raegen Breeden said it has been four and a half years since she came up with the idea for the facility.

They have been in their new home for the past three weeks.

“It has been something that I have always dreamed about doing, because I have been in childcare for the last 22 years,” Breeden said.

Breeden said she learned about how childcare has a lot to offer through her schooling.

The Play ‘N’ Learn Academy approaches its program by looking at the developmental abilities of children.

They have four types of infant rooms, tow toddler rooms, and they are getting ready to add their fourth preschool room.

“We created three infant rooms. One is zero to six months, one is six to 10 months, and one is 10 months to about a year a half old,” Breeden said.

“With our toddler rooms we have a room that is one and a half to two, and then two to two and a half,” Breeden said.

Their preschool rooms are split from two and a half to three, another one that is just for three-year-olds, and the last one is for four and five-year-olds.

Breeden said they have also developed a reggio-inspired room for their facility.

“We allow for our older preschool classes top utilize this room. Half of the room is stem-oriented, and the other half is reggio-inspired. Our playgrounds are very similar to that as well. It is a natural way of learning and providing a real opportunity for the kids,” Breeden said,

They also have reading areas and do yoga with the children. They even have enough space to split the rooms into different play areas.

Breeden said Play ‘N’ Learn Academy has an open door policy for the public, though the children are in secure areas through the building.