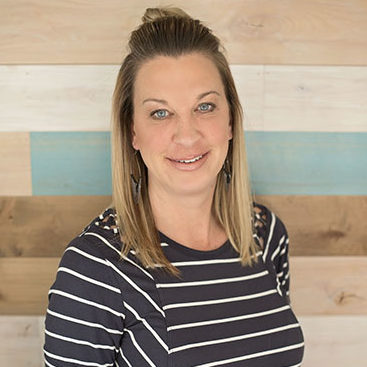 Raegen Breeden has owned and operated four Play "N" Learn childcare homes, group daycares, and preschool facilities in Great Falls, Montana since 1997. Location number five, Play "N" Learn Academy, LLC opens in January 2019 as a full day preschool, daycare, and after school program for children ages 0-12. It is licensed by the Montana Department of Public Health and Human Services (DPHHS) for 130 students. Play N Learn Daycare, Inc. (also known as Site #4) will remain open as a full-day preschool and school-aged summer program, licensed for 43 students. In total, 173 spots will be available to children on the east side of Great Falls, near Malmstrom Air Force Base. Play "N" Learn has grown to become a DPHHS STAR 4, the highest rated childcare facility in northcentral Montana and one of only 20 STAR 4 facilities in the state, according to DP HHS. Of the 234 STAR programs in Montana, three are recognized with the highest rating, STAR 5. Ms. Breeden earned a bachelor's degree in criminal justice from the University of Great Falls (now University of Providence) in 1996. She earned an associate degree in Early Childhood Education from the University of Montana-Western in 2016 and a bachelor's degree in Early Childhood Education from UM-W in 2017. In 2013, Ms. Breeden earned a certification in Childhood Development, a national credential, from the National Association for the Education of Young Children (NAEYC). She also holds certifications in CPR and first aid. Ms. Breeden is originally from Lethbridge, Alberta, Canada. She moved to Montana in 1991 to pursue higher education. She became a US citizen through marriage and passed her naturalization exam in 1997. Play "N" Learn began as an in-home daycare licensed for 12 children on Malmstrom Air Force Base in 1997. In 2000, Ms. Breeden moved her operation off base into a residential home. Her first expansion came five years into operations. In 2002, she added a second home daycare increasing her licensing to care for 24 children. The company's second expansion came another five years later in 2007. Ms. Breeden added a third location, licensed as a center, located on property owned by the City of Great Falls across the street from Chief Joseph Elementary School. This current location, Play N Learn Daycare, Inc., is referred to as Site #4. The 2007 expansion increased her licensed ability to care for children to 67. Within a year of expansion, Ms. Breeden sold the home daycare operation to Kimberly Moore, a woman she continues to mentor, to focus on management of the center location. The new center model brought different challenges and licensing requirements. She also began creating jobs. By 2017, she'd created 18 jobs paying more than $340,000 in wages and benefits annually. As of January 2019, she employs 28 paying annual wages of over $800,000. Training and credentialing her staff took priority upon her second expansion to ensure Play N Learn provided the highest quality child care in the city. That planning has laid the foundation for where Play N Learn is today. Between 2008 and 2016, Play N Learn became increasingly recognized by DPHHS and now holds the classification of a STAR 4 facility. This classification makes Play N Learn the highest ranked facility in North-Central Montana and one of 20 in the state carrying the STAR 4 designation. The nearest STAR 5 facilities are in Bozeman. With limited, high-quality child care options for parents interested in the "center" model on the east side of Great Falls, planning for a third expansion began in January 2015. At the time, the waiting list to attend Play N Learn grew to 80, more than double her licensed capacity. Financing for the project was approved in April 2017. Ground breaking for construction and renovation of a second center location began May 21, 2018. Occupancy was approved in December 2018. Play N Learn's full day preschool model is based on a comprehensive and thorough philosophy statement that has connected with parents and engages children. Ms. Breeden's structured play model helps children learn through social, emotional, cognitive, and physical development. In other words, children spend time out in the world with their teachers learning about, for example, roots and leaves of trees, insects, and their environment. They then journal by drawing pictures about their experiences, regardless of age, which - no doubt - end up at home on the fridge. Speaking from my daughter's experience as a student, kids are excited to attend and participate in the structured play model offered at Play N Learn.